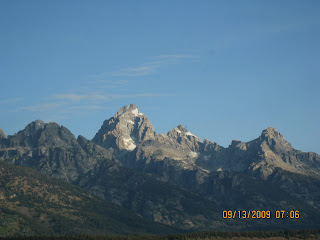 We rise at 7. And remember this is 7am Mountain Time, so that's 6am to our Californian bio-clock. Not easy for us, but we want to make sure we get the campsite we want. Right out of the town of Jackson we get our first good look of the Tetons. Grand indeed!. They are only several miles away and over 2000m higher than where we stand. BTW, the name "grand teton" means "large teat" in French :-o. (I have say, these people are perverts :-D.) 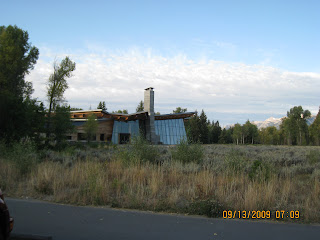 The visitor center is actually outside the park entrance and is nicely designed. The glass walls give great views to the Tetons. But we don't have time to explore now. We press on to Jenny Lake and shortly after we enter the park we see a small herd of elks, not far from the road. We just snapped pictures from the car and move on. Jenny Lake isn't too far from the entrance and there are several camp sites still available when we get there at around 8:30. Phew. Now we can relax and get some breakfast from the general store. Then we go to the boat dock which is only steps away and get on the ferry to cross the lake. It's also possible to hike around the lake 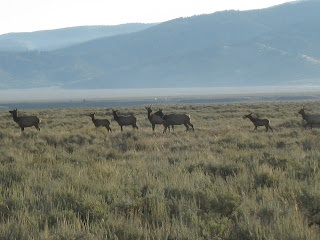 and it's a nice, flat, 2-mile hike. But we are not trying to maximizing hiking distance today :P. Before we arrive at the other side of the lake the ranger pointed to a bald eagle sitting in a dead tree. Hmm... I think I've seen that eagle and that tree before in a postcard. The eagle just sits there, motionless. So I'm able to take a picture through my spotting scope. This technique will be proved to be quite useful at times for the rest of this trip. From the boat dock it's a short uphill hike to Hidden Falls and Inspiration Point. Berries abound, and they are actually quite tasty (I didn't swallow, though). 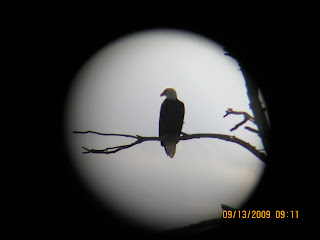 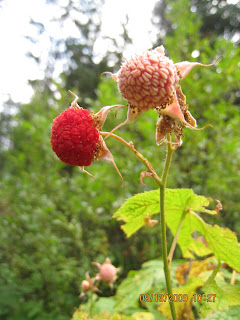 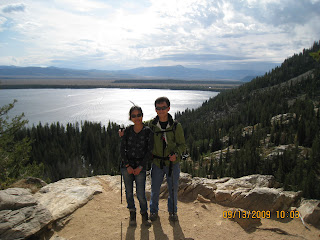 We turn back at Inspiration Point. The trail continues uphill and can be hiked in a 18-mile loop. But that will have to wait for next time. We have planned too little time for Grand Teton and it deserves a much longer trip dedicated to itself. 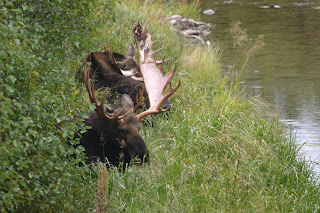 Coming off the mountain we head out of the park for some camping supplies and lunch. There's a patch of stores and eateries outside the entrance. But just as we drive across a bridge we see a bunch of people on the bridge, looking down. We join them and see two bull mooses! They don't appear to be doing anything, just lying there down by the river, occasionally swaying their heads. We take advantage of this perfect photo opportunity and continue to get lunch.

There's a saying in Jackson: "If you don't like the weather, just wait for 5 minutes or move 5 miles, and it'll change". Sure enough, it starts to drizzle shortly after we sit down at a table outside, so we move inside the big tent. Juny listens to the rain drops falling on the tent and says "sounds like it's raining pretty hard", to which I reply "No it's not that hard, if it's raining hard..." and just as I am finishing that sentence it starts to really pouring, so I am able to finish the sentence by saying "... it should sound like this." A minute later I notice little white balls bouncing off the lawn. Yup, these are hails. The rain/hail stops as sudden as it starts and as we finish our lunch (BBQ pork and teriyaki chicken) it's good to head out again. But I wonder if anyone is attempting Grand Teton summit today. It doesn't look very pleasant up there. 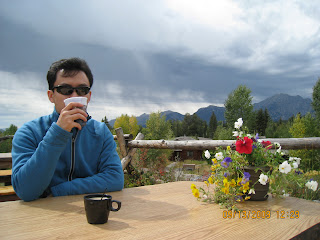 sipping coke at our table, with rain clouds approaching from behind. 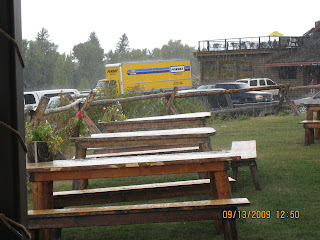 now it starts to rain. 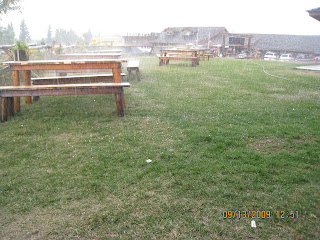 and one minute later the hails hit 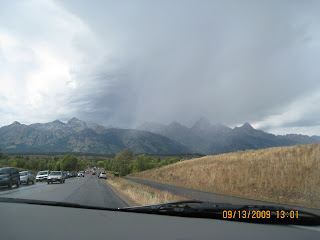 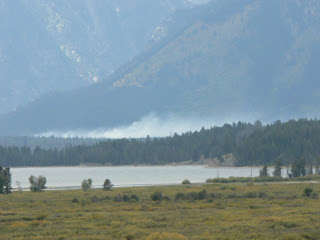 Driving up Teton Park Road we stop at several turnouts to enjoy the scenery. It's still cloudy but the mountains look impressive never the less. We can see some wild fire going on across the lake. It was caused by lighting a couple weeks ago and is still burning, giving out quite some smoke. No one seems to be particularly worried about the fire. But the fact that lighting can strike so close to the lake is a bit unnerving. I have always thought it'd happen at higher altitudes. 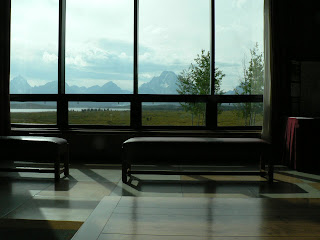 We stop by the Jackson Lake Lodge, where we'll spend the last night of the trip. We especially like its lounge, with the tall windows framing the tetons perfectly. The meadow behind the lodge, Willow Flat, is known for moose spotting. But we can't find any this time. Throughout the week we'll learn that the best time to see any wild animals is either dawn or dusk. Now is simply too early to see any. 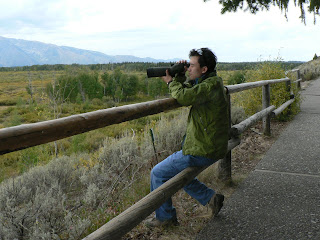 We continue north to Colter Bay, where we hike a small loop trail behind the visitor center. Next to the water we can see plenty of moose tracks. This trail goes through some wooded area and seeing the bear warning signs we start singing. Although the chance of actual bear encounter is quite low, we still don't want to risk startling one. The trails leads to the beach for a good look of the mountains. 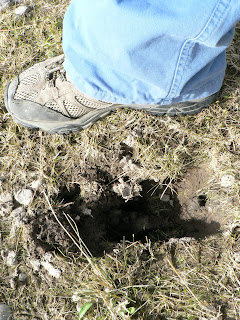 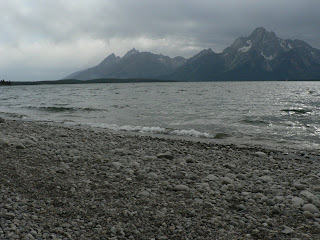 Leaving Colter Bay we head back to the camp site, taking the longer route by hwy 191. We give moose spotting another shot at the Oxbow Bend Turnout. When I point my scope at the river bank about half a mile in front of us I see a cow moose drinking water right there. It's kind of far so the picture is actually a crop of a bigger image. We get a much better look through the scope. I'm so glad we got the scope for this trip. It's totally worth it!

The sun is now setting and we enjoyed the view while driving back to camp to cook up our traditional camp dinner: instant noodles with egg and luncheon meat, a perfect ending to a perfect day. 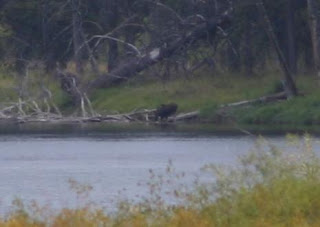 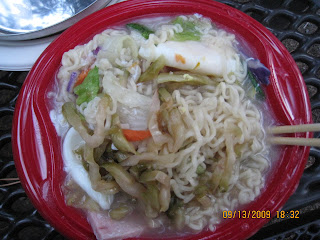 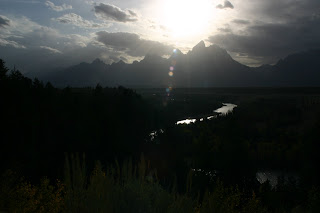